In Part 1 we touched some very interesting issues concerning the ancient system of education called The Trivium. They were comprised of three parts: grammar (oh yes, the much hated grammar), logic and rhetoric. In other words the ability to know how to organize words in speech and writing so that they create a certain result in the mind of the listener or reader, the ability to think critically about what you hear or read, and then to speak powerfully and persuasively about it.

Keep in mind that only freemen were allowed to pursue this method of education. Why? Because once the mind is free to think critically, then everything else falls into place.

But when this type of education is withheld from people, then the result is mind darkness, and indoctrination. What’s another word for indoctrination? Programming and narrowing of the mind and thinking. Mind stuck in a box. No ability to decide, to know what you want, to find solutions and success. Lack of independence. Co-dependence. No freedom of thought. No individual choice.

Now let’s see: what’s another word for indoctrination? Programming – like in television programming. There is no other choice.

Having lived in a socialist country in my childhood I recognize this handicap and the narrowing of the mind and thinking. At least at that time and in that country we all knew that we’re purposefully indoctrinated and mind programmed. Looking around now I observe with dismay that nobody really notices that it is happening all around us. When somebody else is telling you what to think, but leaves out the why, how, who, where and when (as a temporal aspect) the only possible result is programming and indoctrination.

I will get to Neuro-Linguistic Programming a little later in the article because of two reasons:

But for now, let’s go back to the mindset where all this information is missing and the only what you receive is “cast in stone” in a this-is-all-there-is-and-don’t-you-dare-challenge-it model.

Personal choice? Oh, but you have all the choice you want among the three toppings available for your pizza!

Nowadays all you have to do to make a decision is to open a browser. “Look it up” and you’re told what you need to know. “Don’t make me think” should be the new world’s slogan! You don’t have to – the browser knows. Or your phone…. Or tablet…Or any other of your electronic “friends”…. All your life decisions can be “looked up” and you’re going to be told what to do and how to live. And don’t you dare to be different! Learning to think for yourself is unnecessary.

No wonder I get so many questions from people asking about how to learn critical thinking. People sense something is really wrong, they feel instinctively the narrowing down of their choices and the limited range of options available to them. They sense indoctrination although it is like the famous prison for the mind – no iron bars, no visible walls… and yet something IS wrong.

And then you wonder why we – as a society – are getting dumber by the day, complacent and incapable, stuck and frozen, indifferent, dissociated and bored? Because our core creative spirit has been…pssst…extinguished. Like a candle put out with wet fingers even before it started burning well.

If there is only one prescribed pattern of thoughts allowed that you must follow from cradle to the grave, pattern which is organized in a prescribed way while every other creative idea is discouraged and penalized what do you have? Sameness! Where there is sameness there is no conflict right? Maybe… but unfortunately you also have something else: a creatively dead society.

Unfortunately for many people the ability for creative thinking is already ruined. Combine this with B. F. Skinner’s Operant Conditioning I wrote elsewhere about (see the article Why People Have Trouble With The Truth)  and you will recognize the amount of trouble you can be in.

If you’re unable to recognize a certain sequence and order of words that lead to a predetermined conclusion, first when you hear it or read it and then when you use it your mind really has no volition of its own. What I am referring to here are not so much the Logical Fallacies – although they are vital for critical thinking – but mostly at the NLP section concerned with “Presuppositions in Natural Language” (these belong to the section concerned with linguistics).

This section starts with all the boring stuff like verbs, nouns, pronouns, adverbs, adjectives, prepositions, conjunctions, and interjections, and moves into further utilization of language to achieve a certain result.

Ok now let me talk about the issue of Programming as in Neuro Linguistic Programming, because I am quite amazed to notice people throwing away the baby with bath water, including authors and writers who I highly respect for their “out of the box” individual ability to think critically.

The reasoning (speaking of logic and reasoning) seems to be as follows: because NLP has been – and is still used – for mind manipulation, indoctrination and mind control by the politicians, media pundits, public relations agencies, sales advertisements, to name just a few, this is why it is an evil field of knowledge and we need to keep away from it (like you could!!)

NLP trained people notice here the complex equivalent and the misplaced cause and effect.

Because NLP has been used for mind manipulation means NLP is dangerous and therefore you should be afraid of it. Notice the lack of logic and reason here too.

You would want to remember the time when hypnosis was considered “magic” and grammar was part of the old “grimoires” of spells… and healing with herbs meant you are a witch and you were burned at the stake.

Has hypnosis been used in nefarious psychological programs for mind control? But of course – think only of MK Ultra (of which you can read thousands of pages released under the Freedom of Information Act).

Does that mean that hypnosis in itself is an evil thing?

Well… it depends… but I’ll give you my view of the answer in the last part of this article.

Until then, be well

Content as Published Orginally on NLPCoaching Written by Adriana James

Stop Focusing on the Wrong Thing: 1 Tip to Discipline your Mind

Why You Can’t Try New Things with Old Beliefs: 1 Thing To Do Now 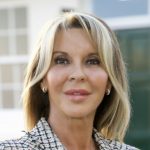 Adriana James is a word renowned NLP and Time Line Therapy® Master Trainer and NLP Coaching and Hypnosis Trainer. She is an expert in values alignment in business and personal relationships and is the author of “Values and The Evolution of Consciousness”, “Time Line Therapy® Made Easy”, and co-author with Dr. Tad James of “The Secret of Creating Your Future®” and “The Lost Secrets of Ancient Hawaiian Huna”. Adriana has developed the NLP Coaching Trainer’s Training, and a new technique in the Time Line Therapy® series of techniques regarding old anchors who can trigger again Negative Emotions in the present based on old experiences. She has also developed the Marketing NLP Training designed to assist NLP Practitioner and Master Practitioner Coaches as well as NLP Trainers to market themselves successfully.

Signup for our newsletter

We are committed to bringing you valuable information that inspires your thinking in the direction that will support the achievement of your purpose and goals.